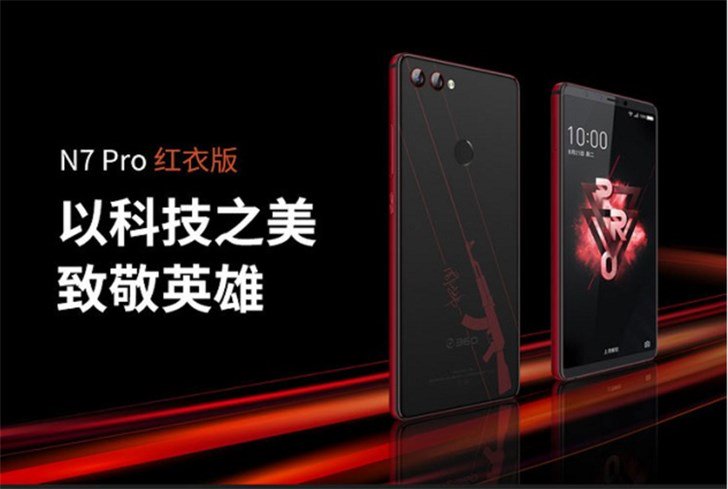 Whenever 360 Mobiles teased a fresh gadget release in China on Weibo, based on the teasers, it was guessed that the company would launch a gaming cameraphone. But, rather of a gaming smartphone, the manufacturer has released a fresh variant of 360 N7 Pro.

360 Mobiles has released 360 N7 Pro Red Edition version, which appears to be to have been inspired from a gaming smartphone design. While the phone’s design is the exact as the standard model, it now has a red-colored accent and graphic of a gun on the back panel along with the laser engraved autograph of Zhou Hongyi. 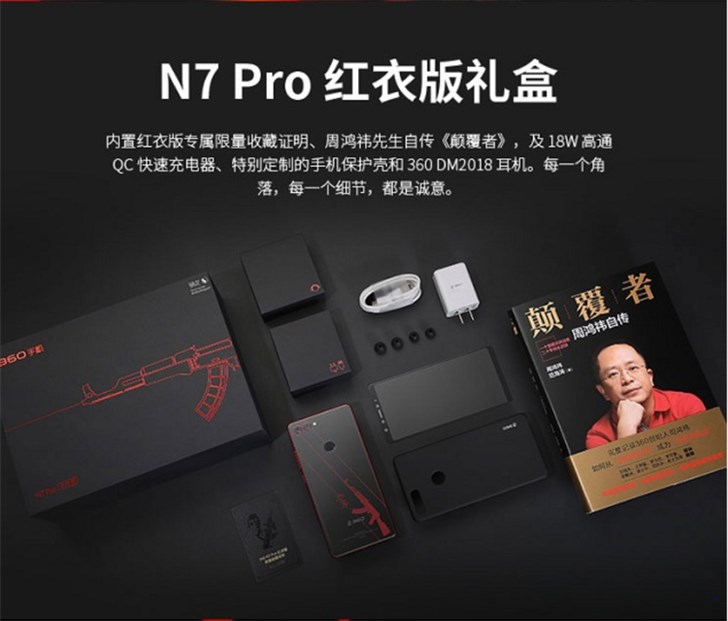 The founder of the company, Zhou Hongyi is nicknamed “Red Cannon” and the smartphone is a tribute to him. The box contents of the product have a special edition box, certificate, Zhou Hongyi’s autobiography “Subversive”, an 18W charger with Fast Charge support, a custom protective case and 360 DM2018 headset.

The 360 N7 Pro Red Edition comes with 6GB of RAM and 128GB of internal memory. The newly announced cameraphone is priced at 1,999 Yuan which roughly converts to $292. It will be in the world for purchase in China from 10th January.

The phone swanks a 5.99-inch full-screen Full HD+ screen with 18:9 aspect ratio. Under the hood, the gadget is powered by Qualcomm Snapdragon 710 chipset paired with 6GB of LPDDR4X RAM and 64GB/128GB of internal storage. However, the Red Edition arrives in only 128GB internal storage.

On the back side, the handset attributes a dual camera setup consisting of a 12-megapixel and 20-megapixel camera sensors although on the front side, it ships equipped with a 16-megapixel shooter. It features quite a few new features such as AI anti-blur, AI smart exposure and AI beauty.

The device sports a rear-mounted fingerprint sensor and there’s also facial recognition support which could be used specifically for application unlock. The cameraphone, operating Android Oreo, arrives with USB Type-C port as nicely as 3.5mm headset jack. The smartphone is powered by a 4,000mAh battery with support for quick charging.