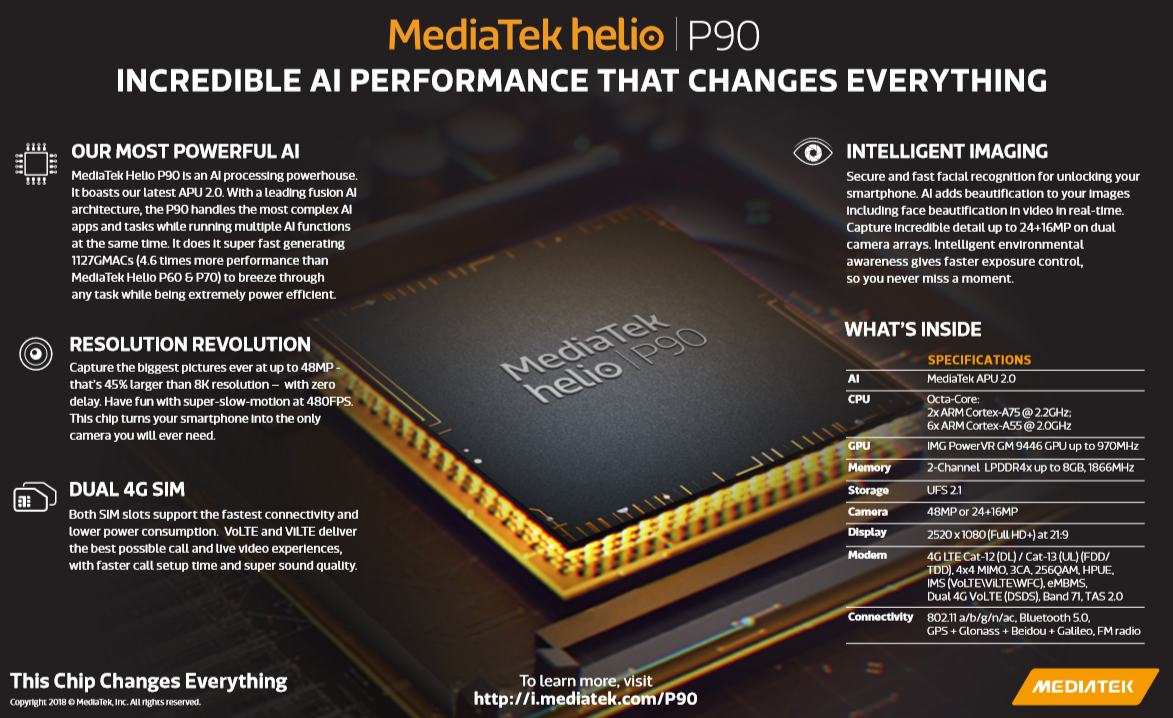 Yesterday, MediaTek reported its latest processor called the Helio P90. If you are wondering what manufacturer will initial launch a phone powered by the fresh cpu, then watch no further than Blackview, the Chinese rugged smartphone maker.

In an email sent to us, Blackview says MediaTek’s fresh cpu what boasts of a higher AI overall performance than Qualcomm’s Sd 855 and Huawei’s Kirin 980 processors, will initial look in its smartphones. The phone maker moreover revealed the phones are the Blackview BV9700 and the BV9800 and they should launch in the initial quarter of 2019.

The biggest selling point of the chipset is its AI function. The chipset is the other advanced AI chipset by the Taiwanese chip maker because of to its APU 2.0 AI architecture, what boasts 4 times more processing power than the previous generation P-series processors. It brings features this sort of as 5-person human pose tracking, 3D pose tracking, full-body avatar AR, secure and proper facial recognition, and multiple object and scene recognition.

Other features of the new chipset have Google lens and ARCore support, support for up to 8GB LPDDR4x memory, support for 21:9 shows with resolutions up to 2520 x 1080, Bluetooth 5.0, Cat. 13 LTE, 4?4 MIMI, 3 Carrier Aggregation, single or dual sensor bokeh etc. Therefore expect a large amount of Those features on the Blackview BV9700 and BV9800 whenever they are earlier upcoming year.

If you are on the lookout for a Blackview cameraphone with a powerful cpu at the moment, you could need to check out the BV9600 Pro what is powered by the Helio P60.