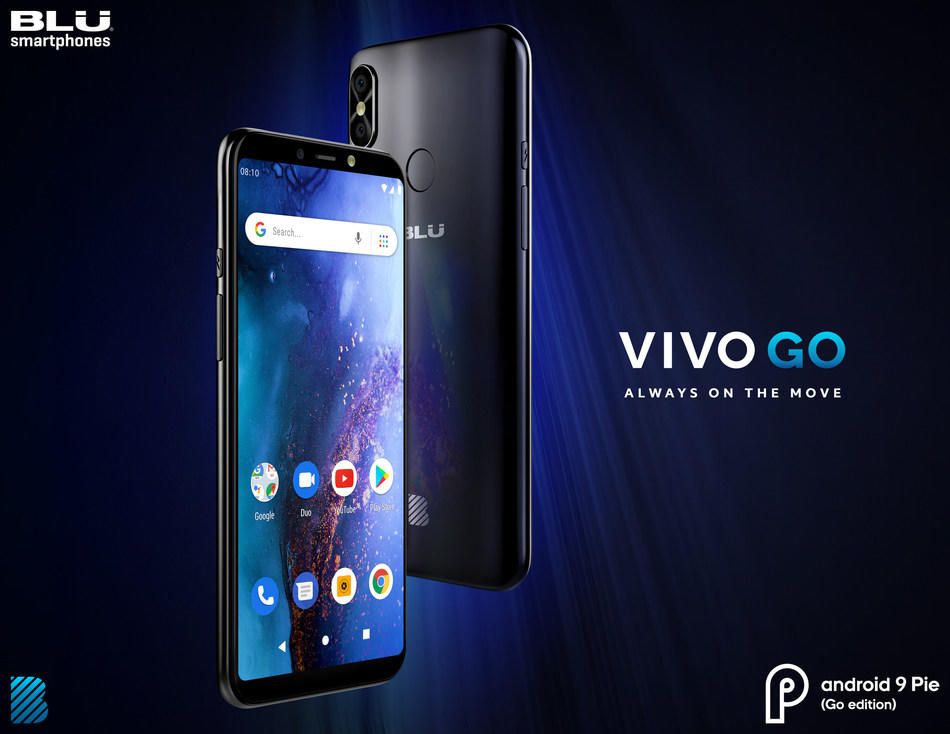 BLU, a smartphone brand that manufactures cheap devices, has unveiled its latest telephone — BLU Vivo Go. The telephone, priced at $79.99 in the US, is presently in the world for get at $59.99. The product is sold unlocked and is compatible with GSM carriers such as AT&T and T-Mobile.

The smartphone is in the world in only one colour — Black and arrives with a free skin, show protector, charger, and earbuds. It is also the first Go Edition cameraphone to run the latest version of the Android mobile operating system — Android 9 Pie what is designed to smoothly run on low-level telephones.

Under the hood, the gadget is powered by MediaTek 6739 quad-core processor clocked at 1.5GHz. It packs 1GB RAM and 16GB internal memory and arrives with a microSD card tray that will allow users to further extend the phone’s memory capacity up to 64GB.

As for the camera, on the rear facet, it features an 8-megapixel key scanner and VGA (0.3-megapixel) secondary camera. On the front side, the gadget arrives equipped with a 5-megapixel snapper for taking selfies and video calling. There’s moreover a rear-mounted fingerprint scanner for added security.

The phone is powered by a 2,600mAh battery and In addition comes with a hardcore button on the side for enabling the power-saving feature. With this sort of low pricing, the telephone could be worth looking above for individuals who are looking for a cheap Android product.