Coolpad, the China-based phone manufacturer, which had unveiled 3 new smartphones in the Indian market a couple of years ago, is presently all set to launch its fresh smartphone tomorrow in India, dubbed Coolpad Cool 3.

The smartphone will feature a dewdrop notch and come with a glossy back display. It will be out there for purchase in a slew of colour settings. Launching tomorrow, i.e. 5th February, the phone is coming to be estimated under Rs. 6,000, which roughly converts to $84. 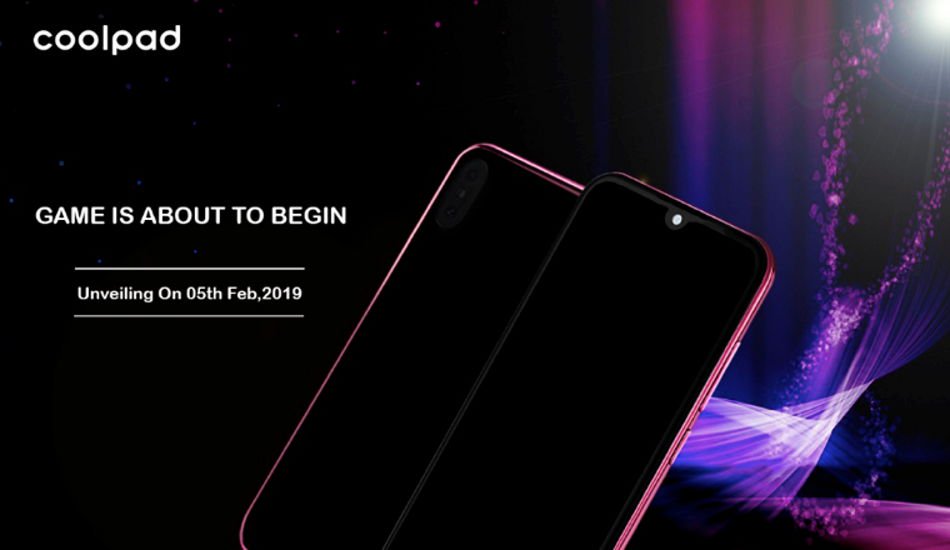 Now, the phone is established to run Android 9 Pie running system out-of-the-box. The media invite for the release occasion of the phone Additionally shows that the smartphone will arrive with a dewdrop/waterdrop notch on top of the display.

The teaser of the gadget hints the cameraphone might feature a sleek design with minimum bezels. There’s a possibility that the cameraphone could come with a 6.3-inch IPS LCD screen with Full HD+ panel resolution and 2.5D curved tempered glass protection.

On the back side, the smartphone is expected to function a vertical dual camera option alongside with an LED flash stacked between the 2 sensors. The phone’s front-facing image sensor will moreover be supporting the Face Unlock function.

While it’s not still confirmed if the cameraphone will be fueled by the MediaTek or Qualcomm chipset, we count on the cameraphone to arrive with 3GB/4GB RAM and 32GB/64GB of inner storage. The phone will Furthermore support microSD card slot for expanding the phone’s memory capacity. As for the connectivity, it supports dual-SIM, 4G VoLTE, Wi-Fi 802.11 b/g/n, Bluetooth, and a micro-USB port.

At the value point of around Rs. 6,000, the smartphone will be competing against the likes of Redmi 6 and Realme C1. It will be interesting to look at how the product works against the established brands such as Xiaomi and Realme.