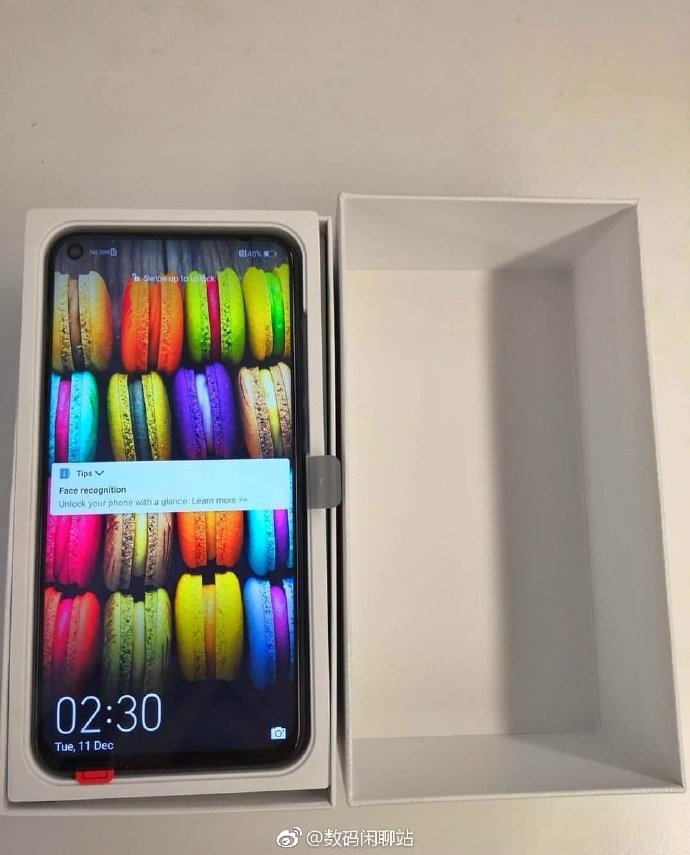 Extra leaks of the Honor V20 keep pouring in and a new one has surfaced that shows the front of the smartphone. It moreover confirms a feature of the phone.

The Honor V20 is appeared in its retail box however the angle the image was taken doesn’t give us a good watch at the packaging. The only thing we can make out is that it is a white box and not cyan.

The smartphone is powered on, so we could view how massive the hole for the digital camera is and it’s clearly not as big as that of the Samsung Galaxy A8s. The picture does confirm the Honor V20 will support face unlock as you could see there is a prompt that says you could unlock your phone with a glance.

The Face Unlock function on the Honor V20 is certainly not as sophisticated as that found on the Honor Magic 2 or the Mate 20 Pro, so it won’t work in the dark and can’t be used for payments.

The Honor V20 will release on December 26 and will arrive with an All-View Panel, a Kirin 980 cpu, a 48MP rear sensor, Link Turbo, 22.5W fast-charging and run EMUI 9 based on Android 9 Pie out of the box. Honor will then launch it in Europe on the 22nd of January as the Honor View20.