The Huawei Nova 4 introduced as Huawei‘s first smartphone with a punch hole screen and the world’s first cameraphone with the 48MP Sony IMX586 scanner. 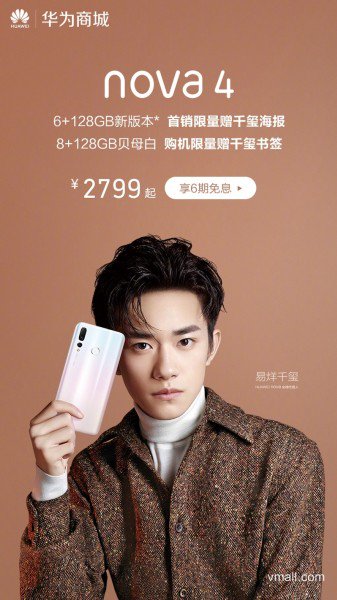 The Nova 4’s selfie camera is a 25MP f/2.0 scanner. There are 3 digital cameras on the rear – a 16MP f/2.2 super wide angle sensor, a 20MP f/1.8 main camera, and a 2MP f/2.4 depth-sensing camera. The cameraphone does not support NFC and neither does it have a MicroSD card tray for memory expansion.

Huawei will have a free gift with the initial 800 orders of the cameraphone.