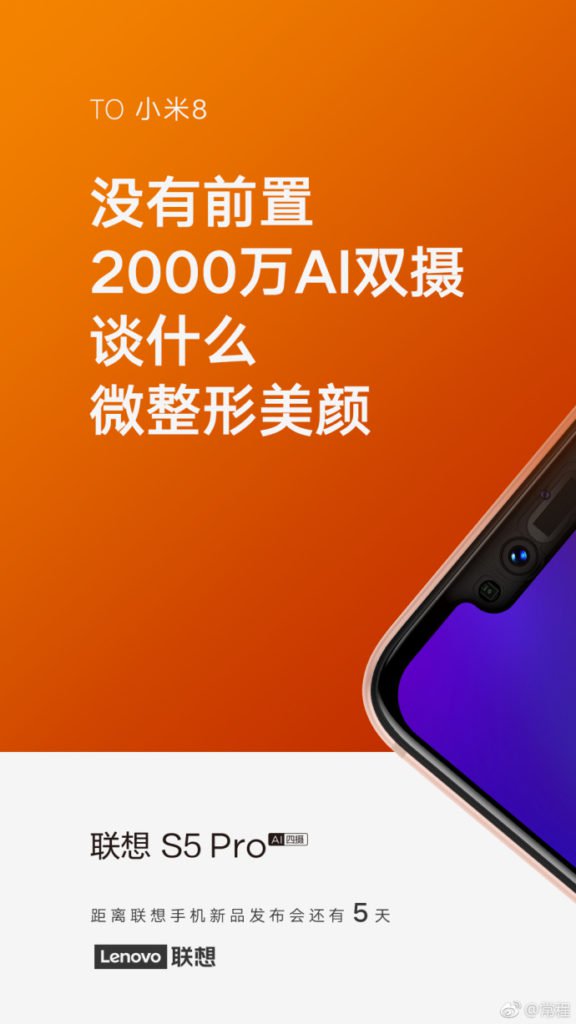 The Lenovo S5 Pro launches in a number of days and Lenovo is counting down to the day by releasing one teaser poster each day. The teaser posters for last day and Presently reveals details of the cameras as effectively as the colour variants the phone will come in.

The teasers were shared on Weibo by the company’s CEO and they Additionally take a swipe at Xiaomi’s Mi 8 series. For example, yesterday’s teaser takes on the Mi 8 and brags that the S5 Pro’s 20MP camera sensor which forms one of the 2 AI dual front-facing sensor is better than that of Xiaomi’s flagship. 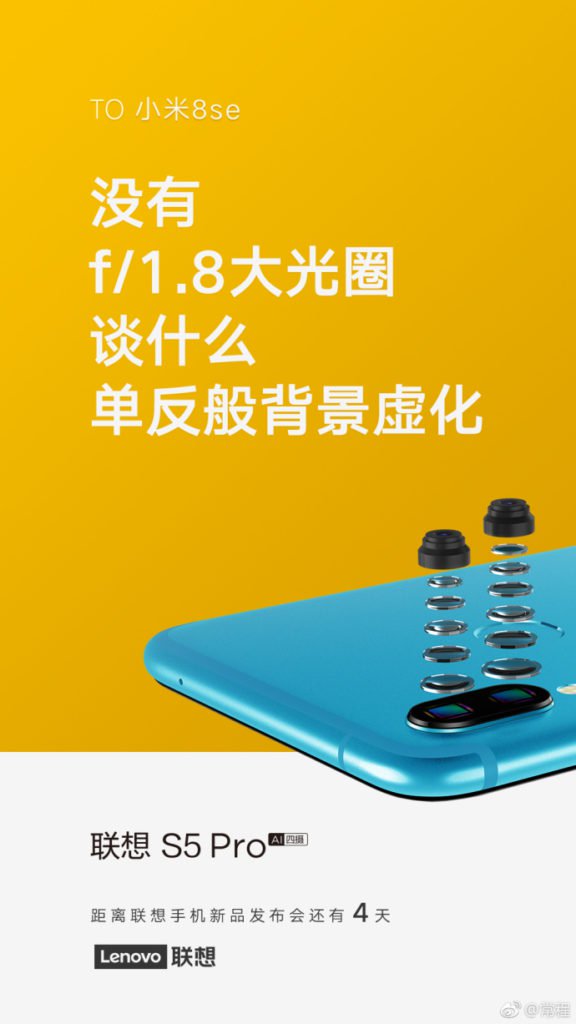 The secondary 8MP scanner is not appeared in the picture however we could tell that the S5 Pro in the banner has a Rose Gold finish. This is actually not one of the colours listed by TENAA.

On the other hand, the teaser banner introduced today takes on the Mi 8 SE. Lenovo boasts the S5 Pro’s f/1.8 camera is very good to that of the Mi 8 SE. The key camera on the rear of the Mi 8 SE is a 12MP f/1.9 scanner while the secondary digital camera is a 5MP f/2.0 camera. TENAA says the Lenovo S5 Pro has a 20MP + 12MP dual rear camera combination and the teaser higher than says one of the sensors has a f/1.8 aperture. On paper, the Lenovo is very good however it remains to be seen if it can beat the Mi 8 SE in a shootout.

The banner Additionally reveals some most details. We can view one of the sensors has a 5P lens even though the other has a 6P lens. It also confirms the telephone has a rear-mounted fingerprint sensor and will come in blue. This color is moreover not among the ones listed by TENAA.