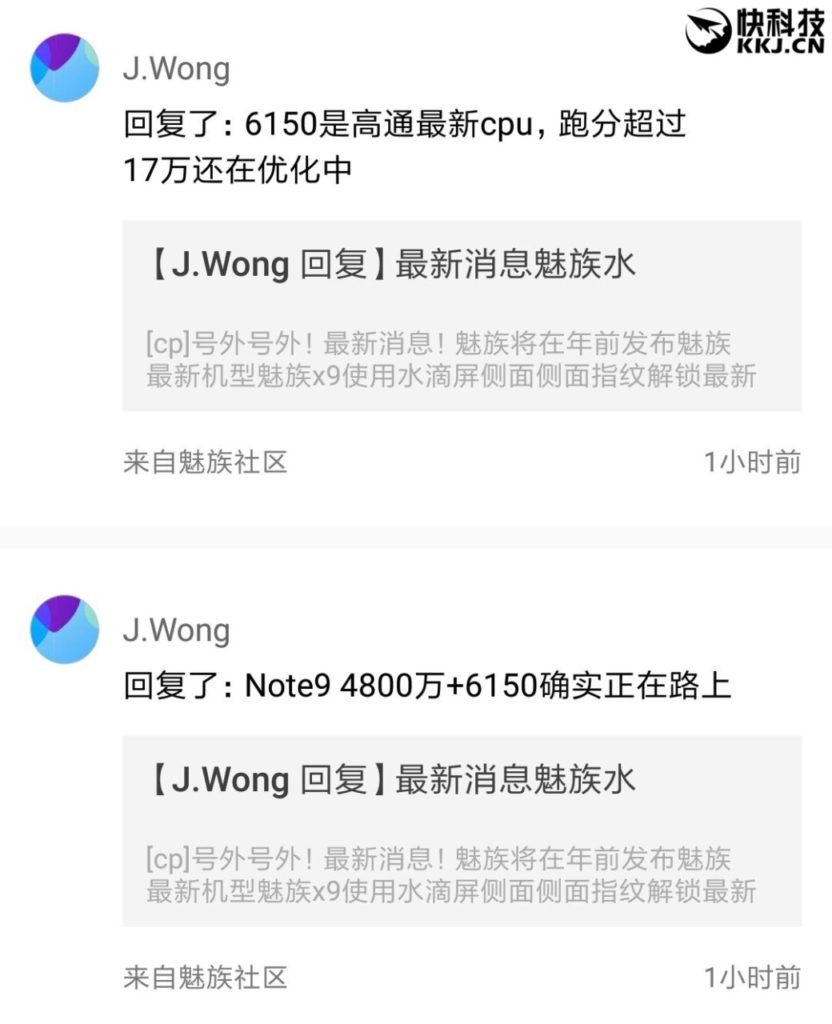 Meizu is allegedly working on its upcoming flagship cameraphone — Meizu Note 9. Now, the latest reports related to the cameraphone coming from Meizu Community Forum confirms that the product will be powered by a fresh “Snapdragon 6150” chipset from Qualcomm.

Further, it Furthermore shows that the smartphone will come equipped with a 48-megapixel primary rear image sensor digital camera. This is the exact same camera camera that’s introduce in Honor V20 (aka Honor Sight 20) as nicely as Redmi’s next cameraphone scheduled to launch on 10th January.

The Sd 6150 is not a commercial name of the chipset however it is being guessed that the cpu may be Sd 680 or 685 — the successor of SD670 or SD675. Reports mean that the Snapdragon 6150 will be made using the 11nm process and could be manufactured by Samsung.

Going by the Sd 600-series chipsets, it will be an octa-core cpu with Adreno 600-series GPU and support for Full HD+ screen resolution. It is speculated to have support for Bluetooth 5, Wi-Fi 802.11 b/g/n/ac, USB 3.1 and NFC, among others.

A couple of months ago, we noted that Qualcomm is working on SM6150 and SM7150 budget processors. Both are octa-core processors however with likely different GPU, Chip cores and or clock speeds.

As the name itself suggests, the Meizu Note 9 will be a successor to the Meizu Note 8 that was launched a couple of months ago in China, starting at 999 Yuan ($145). It’s a premium mid-range cameraphone featuring a 6.15-inch Full HD+ display with 18:9 aspect ratio.

The phone is powered by Qualcomm’s most recent Snapdragon 632 chipset, along with 4GB of RAM and 32GB/64GB of internal storage. There’s a 12MP+5MP dual camera option on the back and an 8MP front-facing snapper. It runs Android Oreo out-of-the-box and is powered by a 3,600mAh battery.

Another variant of Xiaomi Mi Play seems to be on TENAA