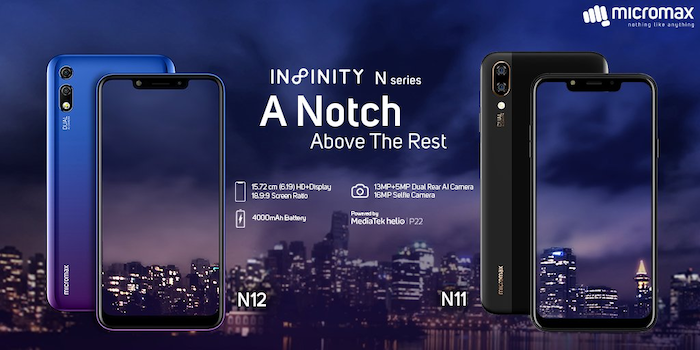 As promised, Micromax has Presently unveiled its new Infinity N-series telephones — Infinity N11 and Infinity N12, which comes with a notched display, making it the first phones from the manufacturer to function a notch.

As for the memory configuration, the N11 sports 2GB RAM while the N12 comes with 3GB RAM. Both the products feature 32GB of internal memory with support for expandable storage of up to 128GB using a microSD card. 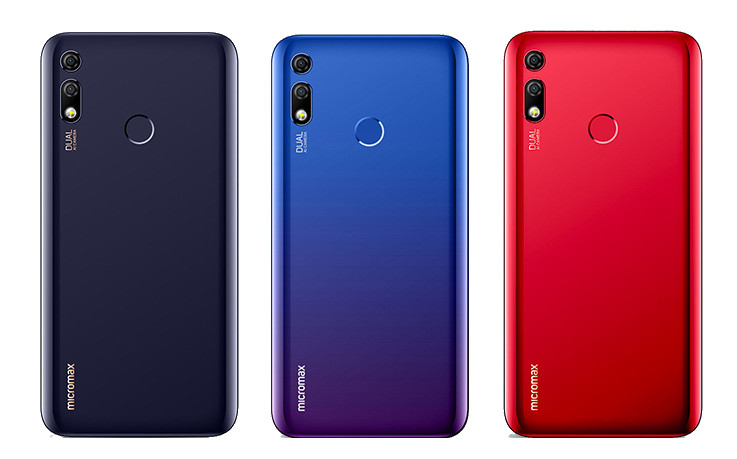 Coming to the camera department, both the telephones sport same digital camera configuration on the back side — dual camera setup consisting of a 130megapixel primary camera with an LED flash and a 5-megapixel secondary camera.

On the front side, the Infinity N11 options an 8-megapixel snapper whereas the Infinity N12 comes with a 16-megapixel front-facing sensor, along with an LED flash. Both the devices In addition support Face Unlock feature and come with a rear-mounted fingerprint sensor.

The Micromax Infinity N11 and N12 come in 3 alternative colour attributes — Viola, Blue Lagoon and Velvet Red. While the N11 is offered at Rs. 8,999 (approximately $128), the N12 is offered at Rs. 9,999 which roughly converts to $142. Both the smartphones will be in the world through online stores as effectively as offline stores across the nation.