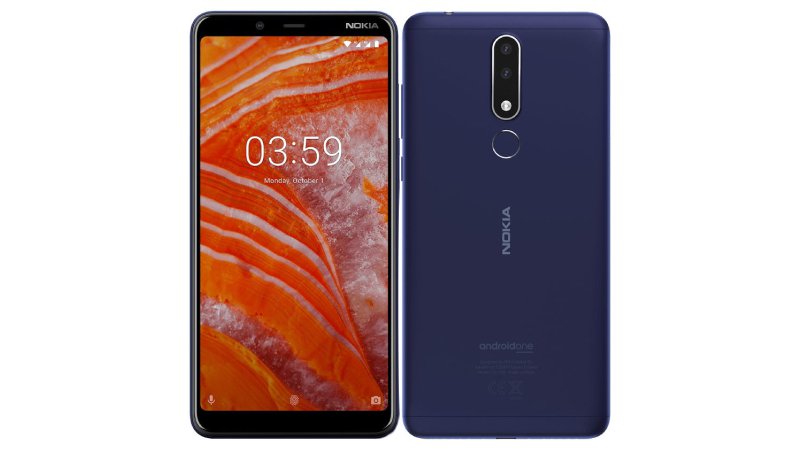 HMD Global seems to be to on a launching spree. When launching the Nokia 5.1 Plus and Nokia 6.1 Plus in the Indian market, the company has today introduced the Nokia 3.1 Plus in India, what is a successor to the Nokia 3.1 released in India a few months ago.

The Nokia 3.1 Plus options a 5.99-inch HD+ IPS show that offers a screen resolution of 1440 x 720 pixels and 18:9 aspect ratio. Under the hood, the product is powered by MediaTek P22 octa-core chipset which is manufactured using the 12nm process. This is the same chipset that powers the Xiaomi Redmi 6 cameraphone.

The product has two variants — one with 2GB RAM and 16GB internal storage and an additional packing 3GB RAM and 32GB internal memory. It ships with a hardcore microSD card slot, enabling users to further expand the phone’s storage ability.

In terms of optics, the phone options a dual scanner setup on the back, offering a 13-megapixel key sensor and a 5-megapixel secondary sensor. For taking selfies, it ships with an 8-megapixel front-facing snapper. Both camera ships with support for live bokeh or Portrait mode for capturing pics with blurred background.

As for the software, just which includes other Nokia phones, this one too is a part of Google‘s Android One programme, and is promised to receive monthly security updates. It runs the newest Android Pie operating system out-of-the-box.

The Nokia 3.1 Plus 3GB RAM model is offered at Rs. 11,499, what roughly converts to $154. The pricing isn’t competetive looking at the present market scenario. It will be available for get in India from 19th October in Blue, White, and Baltic colors. Based on the phone’s technical specs, it’ll compete against the likes of Redmi 6 Pro and Realme 2.