Nokia 6.1 gets price tag cut in India one week before the Nokia 6.1 Plus drops 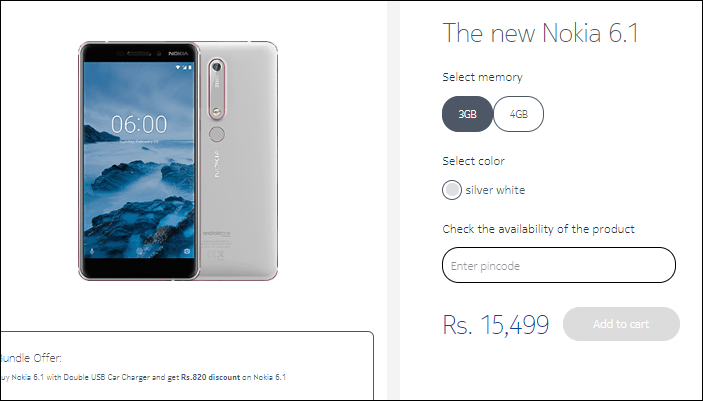 HMD Global-controlled Nokia recently uncovered that the Nokia 6.1 Plus will be introduced in India on August 21. The 6.1 Plus comes as the global variant of the Nokia X6 what was released in China a couple of months back. Ahead of the launch, Nokia has clashed the Nokia 6.1 In addition called Nokia 6 (2018) value in India.

The Nokia 6.1 was introduced in China in January this year and was later introduced for the global market at the Mobile Game Congress (MWC 2018) in February. The manufacturer soon launched the 3GB RAM variant of the gadget in India in April with a price tag tag of Rs. 16999 ($261). That was early followed in Might by a 4GB RAM version estimated at Rs. 18,999. Already, the price tags of both models have got up to Rs. 1,500 off. Subsequent, the 3GB RAM version of the Nokia 6.1 currently costs Rs. 15,499 on Nokia India’s website while the 4GB RAM model is out there at Rs. 17,499. 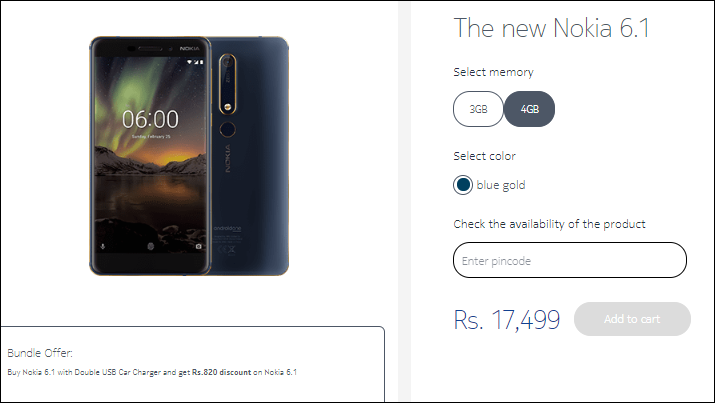