HMD Global will be holding a media event on Feb. 24 at the Mobile World Congress (MWC) 2019. There are couple of cameraphones that the Finnish is gossiped to announce such as Nokia 9 PureView, Nokia 8.1 Plus, Nokia 6.2 (2019), Nokia 1 Plus and more. The Nokia 6.2 (2019) is coming to break cover as the first smartphone from the company with punch-hole display. A concept video of the Nokia 6.2 (2019) has been shared by Concept Creator based on the gossips surrounding it.

The video begins by exposing the marvelous punch-hole screen of the upcoming Nokia 6.2 (2019) phone. The front camera is placed under a compact cutout at the top-left corner. This made it probable for the manufacturer to incorporate a notch-less panel of the phone. The chin of the gadget is a bit thick, and it features the Nokia brand name. 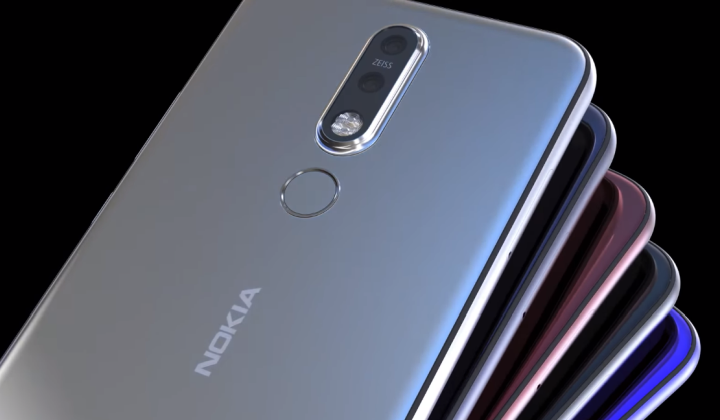 The designer has shown the glass-bodied Nokia 6.2 (2019) in multiple color settings. The back display of the cameraphone has a vertical camera module which has two image sensor sensors and an LED flash. It is followed by a fingerprint reader. The brand name of the company is Additionally introduce on the rear together with Android One logo at the backside. The designer has done a wonderful in creating realistic renders of the next Nokia 6.2 (2019).

The specs of the Nokia 6.2 (2019) had leaked in the previous month. It was revealed that it would be arriving with a 6.2-inch screen that will probably carry support for full HD+ resolution. The Snapdragon 632 chipset will be present under the hood of the gadget. The smartphone is expected to launch in 4 GB and 6 GB RAM versions.

A pair of 16-megapixel ZEISS optics is expected to be present on the backside of the Nokia 6.2 (2019). It is moreover gossiped to carry support for OZO Audio tech by the manufacturer. There is with no reports available on the internal memory and battery ability of the Nokia 6.2 (2019). The cameraphone is speculated to debut first in China and later on in other markets. As of this writing, there are no details in the world on the price tag of the phone.