At the Unpacked event tonight, Samsung‘s first unveiling is the Galaxy Fold. Yes! Samsung’s initial foldable cameraphone is formal and it “defies categories”.

The Samsung Galaxy Fold is a pretty device with a hidden hinge system with interlocking gears that will allow you to fold and unfold the device. 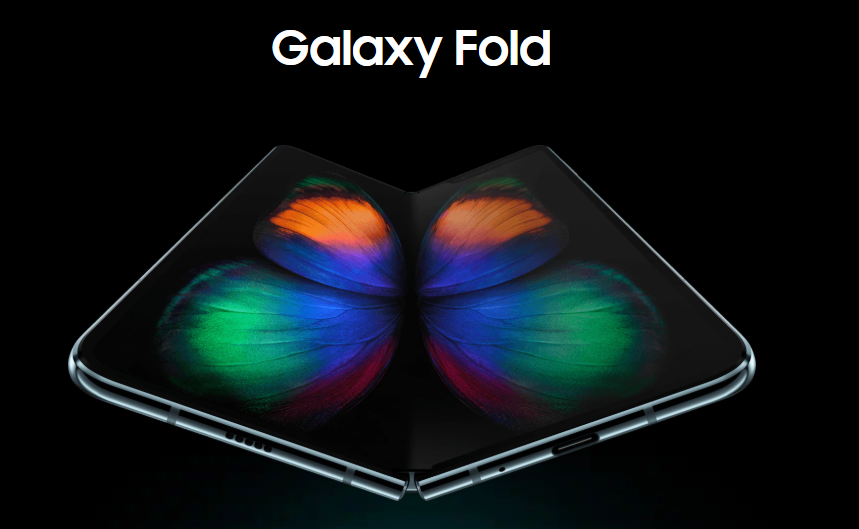 Open the Galaxy Fold and you are greeted by the 7.3-inch Infinity Flex Display with a 1536 x 2152 resolution. In this mode, you can use three apps at the similar time which Samsung calls Three-app Multitasking. 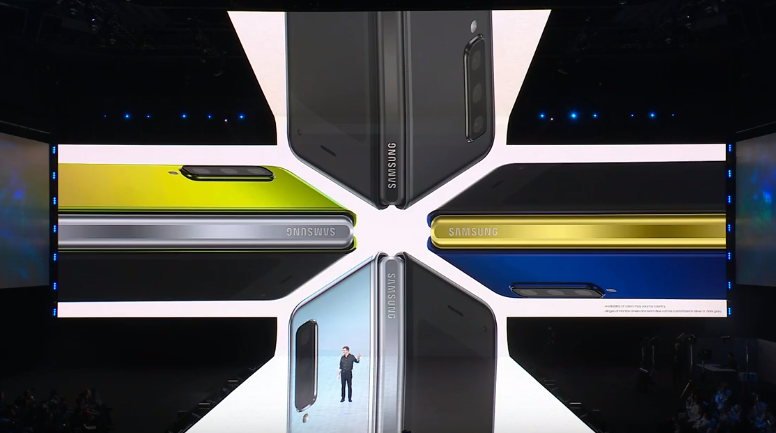 After folded into cameraphone mode, you have a 4.6-inch 840 x 1960 panel. One neat function of the Galaxy Fold is which Samsung calls App Continuity. Which this does is automatically adjust an app when you switch screens. So if you have the Maps app open in phone mode, it automatically adjusts to fit the 7.3-inch screen when you swap to tablet mode. 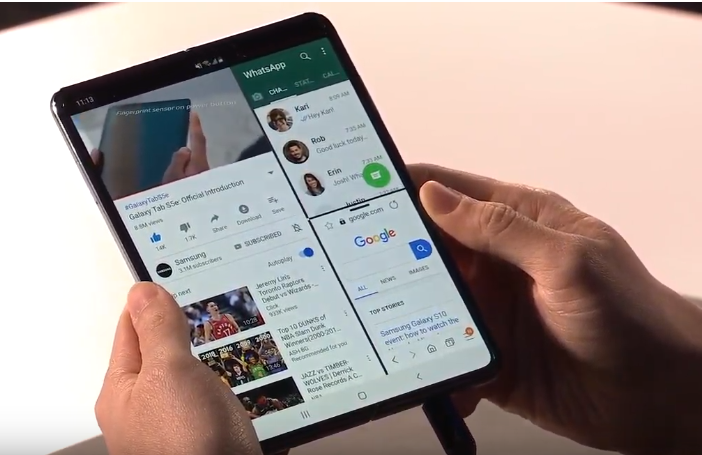 The Samsung Galaxy Fold is powered by a 7nm processor paired with 12GB of RAM and for the first time in a smartphone, UFS 3.0 storage with a 512GB ability. Samsung says there are six cameras – three on the back (when folded in phone mode), one in front (also in phone mode), and 2 inside (in tablet mode).

The 3 rear digital cameras are made up of a 16MP ultra-wide image sensor, a 12MP telephoto camera, and another 12MP wide-angle digital camera. The selfie camera is a 10MP sensor. There is with no info on the other 2 digital cameras.

The Galaxy Fold runs One UI with Android Pie. It packs a 4,380mAh battery what is very split into two.

The Galaxy Fold will arrive in two variants – an LTE variant and a 5G version. It will have a starting value of $1980 and will come in four different colors. Samsung will moreover allow you to In addition customize the device a bit. It will be available for buy starting April 26.