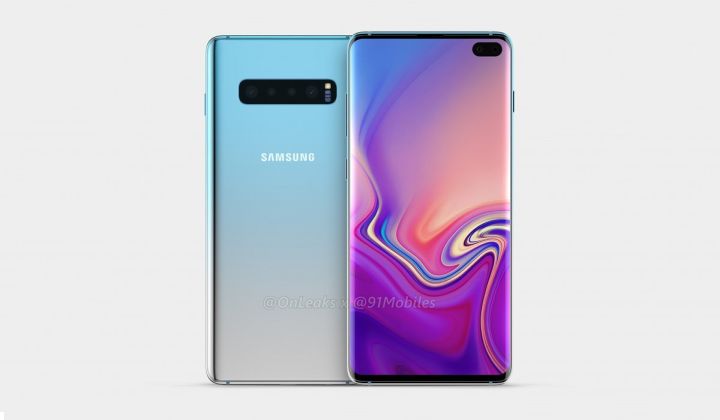 Samsung will be announcing the Galaxy S10 series on Feb. 20 in the approaching month. It will comprise of phones this sort of as Galaxy S10, Galaxy S10 Plus and Galaxy S10 E (previously famous as S10 Lite). The Galaxy S10 E was spotted on Geekbench with Snapdragon 855 chipset, 6 GB of RAM and Android 9 Pie OS in the previous week. Presently, the Galaxy S10+ smartphone has shown on the benchmarking platform with impressive scores. 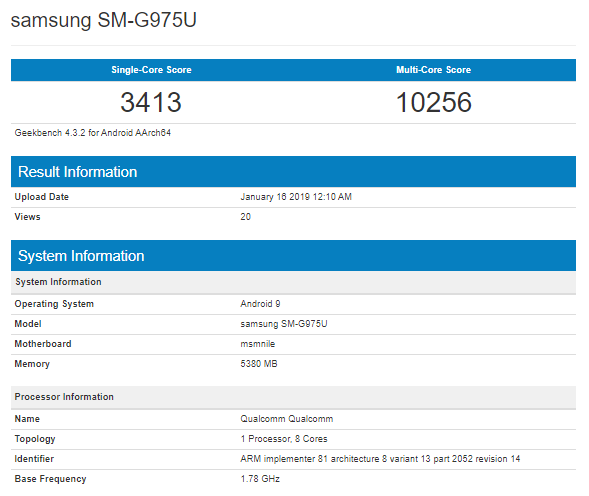 The Samsung Galaxy S10 E (SM-G970U) was spotted with dismal single-core and multi-core scores on Geekbench last week. In both tests, it had respectively scored 1986 and 6266 points. At that time, it was speculated that it could be the unoptimized edition of the Galaxy S10 E.

On Geekbench, the Galaxy S10 Plus (SM-G975U) has scored 3413 and 10256 respectively in the single-core and multi-core tests. The benchmarking scores recorded by the Galaxy S10+ as other Snapdragon 855 powered gadgets that have recently appeared on Geekbench. The rumor mill has claimed that there will be an 8 GB RAM edition of the Galaxy S10+. Hopefully, it will make even better overall performance than its 6 GB RAM version.

The Galaxy S10+ will be coming with a 6.4-inch S-AMOLED panel with a greater punch-hole to feature two front-facing cameras. It will be fueled by 3,500mAh battery. The rear shell of the cameraphone will possess triple cameras. It may perhaps arrive with up to 512 GB of original storage. Rumors are overflowing that there will be a 5G-edition of the cameraphone too that could function 12 GB of RAM.