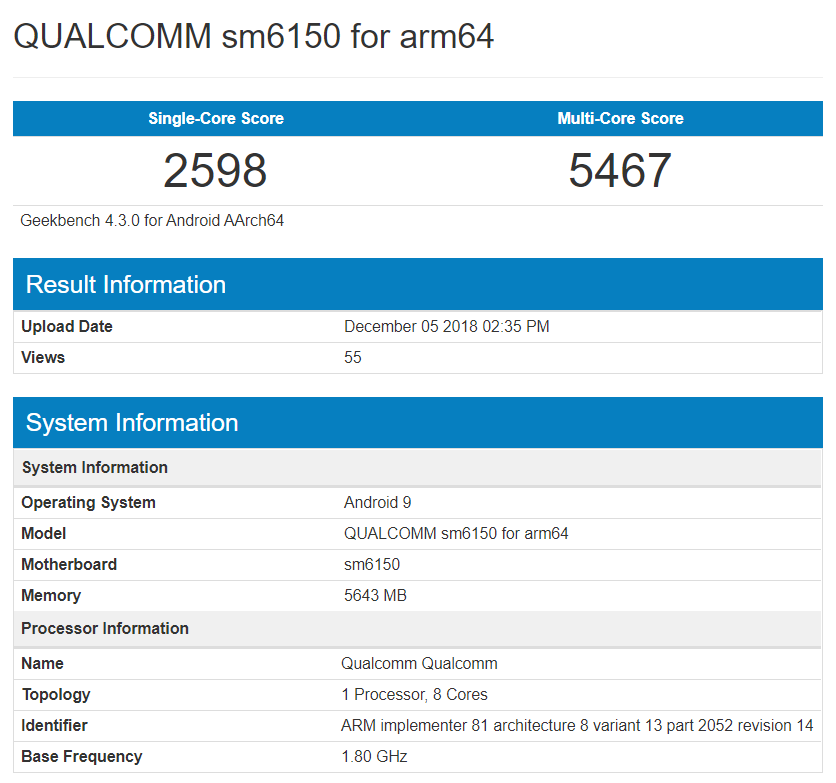 Last month, a gadget with the name “QUALCOMM talos for arm64” was seen on Geekbench. Serial leaker, Roland Quandt said “Talos” is the test bench for a new Sd processor now known as SM6150. Presently an additional test gadget has surfaced on Geekbench and this time, it specifically says it is powered by the SM6150.

The Qualcomm sm6150 for arm64 appeared on the benchmark site last day. Unlike the Talos benchmark, the scores are higher and there are moreover few most differences.

The SM6150 test gadget has 6GB of RAM and runs Android 9 Pie. The cpu has 8-cores however its base frequency of 1.80GHz is higher than that of “Talos” which is 1.71GHz. Its scores are Additionally higher – 2598 facts for the single core score and 5467 for the multi-core score.

The SM6150 is said to moreover be an 11nm chipset which includes the Snapdragon 675. There are Additionally rumors that they are one and the exact same however there is with no confirmation still. The SM6150 will not look in gadgets until next year.