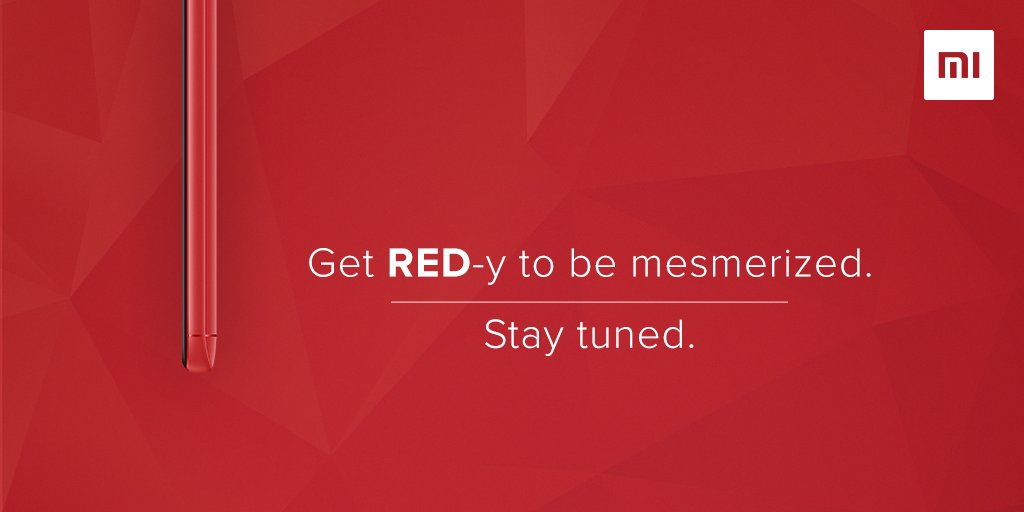 Xiaomi has teased a fresh Red colored variant for its Redmi-series smartphone tomorrow. Even though the manufacturer has not confirmed what smartphone will Take the Red Edition, it’s likely to be the Redmi Note 5 Pro. The manufacturer will officially announce this tomorrow at 10:00 AM.

The smartphone options a 5.99-inch Full-HD+ show that offers a display resolution of 2160 x 1080 pixels with a 2.5D curved glass on top. Under the hood, it is powered by Qualcomm‘s Snapdragon 636 processor with 4GB/6GB RAM. It packs 64GB of internal storage and arrives with a microSD card slot, enabling users to expand the memory capacity.

For photography, there’s a dual scanner option on the backside of the Redmi Note 5, featuring a 12-megapixel Sony IMX486 primary camera sensor with a pixel dimensions of 1.25?m and a 5-megapixel secondary sensor in Samsung with a pixel size of 1.12?m for capturing depth reports.

On the front side, the cameraphone ships equipped with a 20-megapixel Sony IMX376 digital camera sensor with LED flash and Beautify 4.0 for capturing AI-driven beautified pics. The company has Additionally unveiled the AI-based Face Unlock feature.

The product comes equipped with most features like hybrid SIM tray that supports dual SIM and microSD card, 4G VoLTE, Wi-Fi, Bluetooth, GPS, micro USB and 3.5mm audio jack. Operating on Android Nougat out-of-the-box with the company’s own MIUI custom interface on top, the smartphone is fuelled by a 4,000mAh battery that supports quick charging.

Xiaomi has Furthermore scheduled a release event in India on 5th September, in which the manufacturer is coming to launch the sixth-generation Redmi-series smartphones.

Nubia Red Magic 2 is coming: will have Sd 845 and shoulder buttons