ZTE had announce the Sd 855 powered 5G-ready Axon 10 Pro 5G phone at the Mobile World Congress (MWC) tech expo that was held at the end of the previous month in Barcelona, Spain. The Chinese manufacturer had Furthermore introduced the Blade V10 mid-range smartphone along the Axon 10 Pro 5G. Although there is with no new information out there on the release date of the Axon 10 Pro 5G, the Chinese company has confirmed the pricing and release date of the Blade V10. The fresh mid-ranger from ZTE is now in the world on pre-orders in the home market. 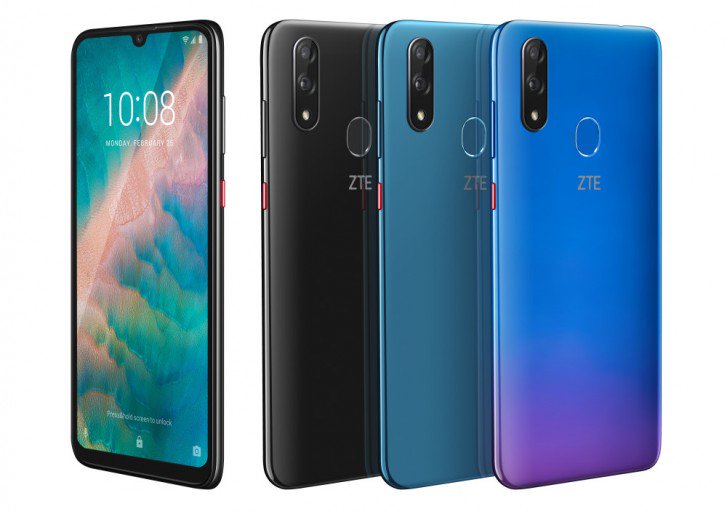 The ZTE Blade V10 has came in China in two models this sort of as 4 GB RAM + 64 GB memory and 4 GB RAM + 128 GB memory. The 64 GB and 128 GB versions of the Blade V10 are respectively estimated at 1,199 Yuan (~$178) and 1,499 Yuan (~$223). The pre-orders of the smartphone will run until March 17 and its shipments will begin on March 18. The smartphone could be pre-ordered through the formal ZTE Mall online store. The smartphone is presently only out there in Evening Sky Black color in China. There is with no word on the availability of the green and gradient blue editions of the Blade V10.

Whenever the phone was announced at the MWC 2019, ZTE had confirmed that it will be out there in 3 GB RAM + 32 GB storage and 4 GB RAM + 64 GB storage. Apart from China, the cameraphone will be also made out there in European and South American markets in the near future.

The Blade V10 is fitted with a 6.3-inch waterdrop-notch enabled screen that offers full HD+ resolution. The Helio P70 is unveield under the hood of the product. It is driven by a 3,100mAh battery.

The back panel of the Blade V10 options a 16-megapixel + 5-megapixel dual camera setup. There is a 32-megapixel digital camera placed inside the frontal notch of the cameraphone. Some of the other options of the Blade V10 have Android 9 Pie OS, rear-mounted fingerprint camera, microSD card slot and USB-C.