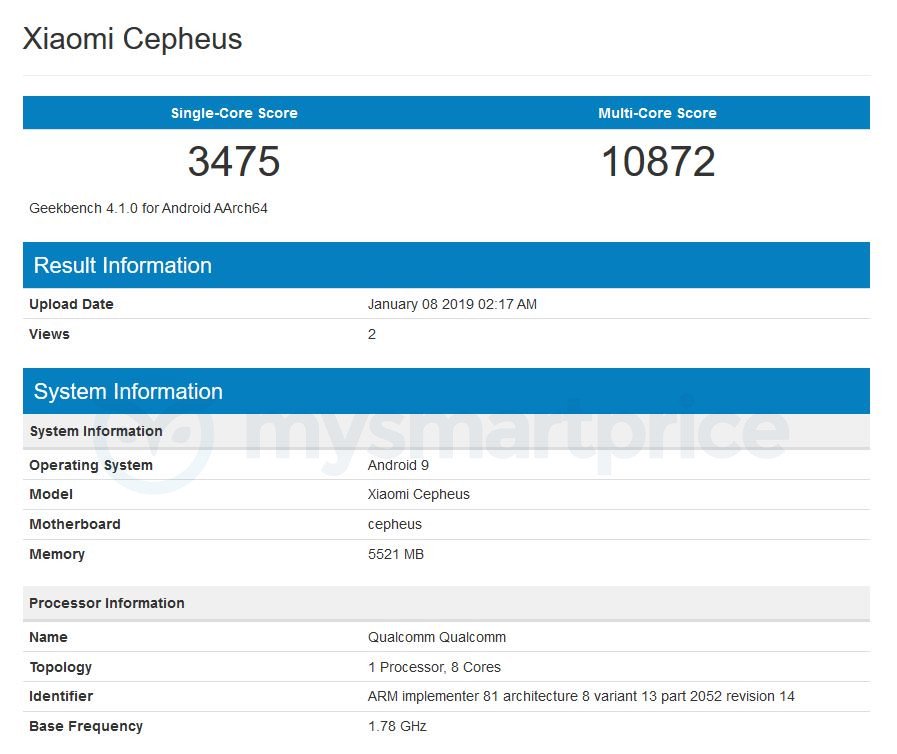 Xiaomi, what recently split its Redmi brand into an independent entity, is going to launch a new cameraphone with the 48-megapixel camera under Redmi brand on 10th January in China.

Now, a fresh smartphone has been spotted online on benchmarking portal Geekbench, which appears to be a gadget under Xiaomi brand. Although the name of the smartphone is not known, it carries the codename of Xiaomi Cepheus.

As per the Geekbench listing, the cameraphone is powered by Qualcomm’s newest flagship processor — Snapdragon 855 octa-core chipset together with 6GB of RAM. Regrettably, we are expecting the company to release other variants of the cameraphone with higher RAM.

In the benchmark test, the smartphone achieved a score of 3,475 in the single-core test and 10,872 in the multi-core test. The score reaffirms that the smartphone is indeed powered by the SD855 SoC. As for the software, the smartphone will going be operating on the Android 9 Pie based MIUI 10 out-of-the-box.

While not Lots is known When it comes the phone at this point in time, there are theories that the product might function an in-display fingerprint sensor. It is Furthermore expected to come with an OLED screen with Full HD+ resolution as nicely as support for Always-on screen.

The China-based manufacturer is currently working on 2 flagship devices — Mi 9 and Mi MIX 4, so there’s a chance that this Xiaomi Cepheus may be either Mi 9 or Mi MIX 4.