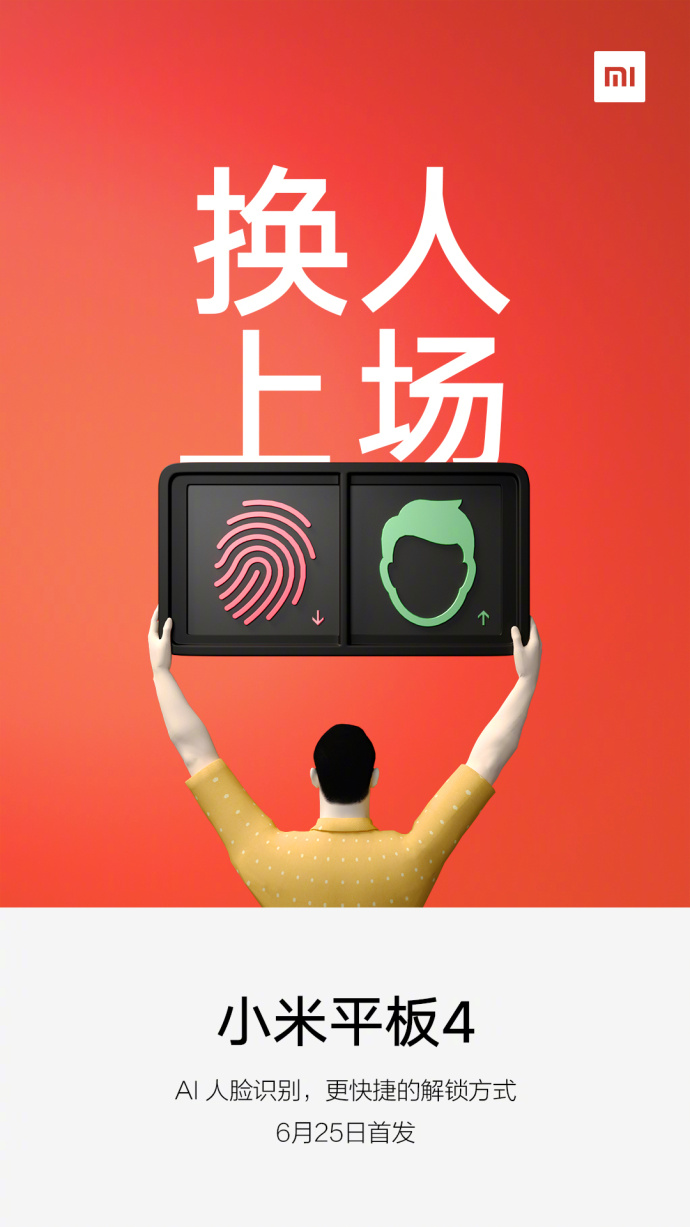 Xiaomi has recently established that the Mi Pad 4 tablet is launching on June 25. The teasers that have been released so far has revealed that the Mi Pad 4 will be coming with an 8-inch show, Sd 660 chipset and a single rear digital camera. Today, the Chinese company has shared a new teaser on the formal Weibo account of Mi Pad to reveal that it will be ready with face unlock feature.

The Mi Pad 4 will be the first in its series to arrive with face unlock function. Because the technology only relies on AI and front scanner to scan and identify the user, it is not an advanced security function that is available through 3D structured light module on the Apple iPhone X and the recently uncovered Oppo Discover X. On the other hand, the AI face recognition feature on the Mi Pad 4 will provide the convenience of unlocking it by simply looking at the product.

Rumors have it that the tablet will be equipped with a 5-megapixel front digital camera and a rear sensor of 13-megapixel. Flowed out information that has shown on SlashLeaks has revealed that the Mi Pad 4 will arrive in 2 models. The base model might be a Wi-Fi only slate with 64 GB of storage and 4 GB of RAM. There might be an LTE version with 128 GB of memory and 6 GB of RAM. These Mi Pad 4 variants can be respectively valued at 1,499 Yuan ($230) and 1,999 Yuan ($308).

DOOGEE S55: The New Military Typical Rugged Cameraphone Is Equipped To Be Marketed